Chod is a powerful practice of accepting willingly what is undesirable, cutting through our concepts, reducing our self-cherishing nature, leading us closer to our own true nature. The main obstacle to our own enlightenment is our clinging to our own ego, our own existence. When fear, fixation, and self-clinging are cut through, giving rise to the awareness of the pure nature of emotions and the emptiness of mental obscurations.

Machig Labdron is the creator of a unique form of Mahamudra chöd practice. She is the manifestation of Prajnaparamita, the Great Mother who gives birth to realisation of emptiness. Furthermore, Machig Labdron is also the manifestation of Arya Tara, who gives birth to compassion. A chod practitioner can cut through anything and therefore his or her main intention should be to unify understanding of emptiness and loving kindness and compassion, just as Machig Labdron did.

Khentrul Rinpoche has received the Chod transmission in multiple traditions such as the Nyingma Kagyu, Jonang and the Gelug traditions. He had the pleasure of practicing Chod Retreat and receiving transmission from Kalka Jetsun Dhampa considered to be a reincarnation of Taranatha and the spiritual head of Mongolia.

Rinpoche talks about the practice of Chöd as a supplement to your Kalachakra practice in his series Unveiling Your Sacred Truth.
Purchase the Book 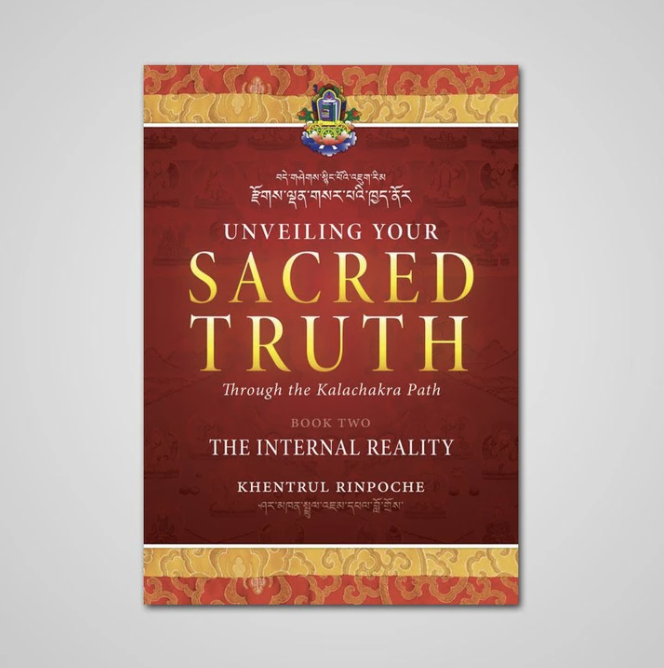 Khentrul Rinpoché Jamphel Lodrö is the founder and spiritual director of Dzokden. Rinpoche is the author of Unveiling Your Sacred Truth, The Great Middle Way: Clarifying the Jonang View of Other-Emptiness, A Happier Life, and The Hidden Treasure of the Profound Path. Rinpoche spent the first 20 years of his life herding yak and chanting mantras on the plateaus of Tibet. Inspired by the bodhisattvas, he left his family to study in a variety of monasteries under the guidance of over twenty-five masters in all the Tibetan Buddhist traditions. Due to his non-sectarian approach, he earned himself the title of Rimé (unbiased) Master and was identified as the reincarnation of the famous Kalachakra Master Ngawang Chözin Gyatso. While at the core of his teachings is the recognition that there is great value in the diversity of all spiritual traditions found in this world; he focuses on the Jonang-Shambhala tradition. Kalachakra (wheel of time) teachings contain profound methods to harmonize our external environment with the inner world of body and mind, ultimately bringing about the golden age of peace and harmony (dzokden).
Karma Shadpa Lama is a yogi living in California, USA. He practiced and received teachings from Khentrul Rinpoche’s root Guru, Lama Lobsang Trinle. He has practiced Chöd for a long time and completed several Chöd retreats in many traditions including the Nyingma, Kagyu, Gelug and Jonang. He received the Chöd empowerment in the Nyingma, Kagyu and Jonang traditions including the initiation in Taranatha’s Opening the Gates to the Sky empowerment which this retreat is based upon. He has taught students in the Dzokden community Tibetan language via private tutorship since 2018.