While in our modern age many people have become excited about meditation and started a practice, they don't have a clear enough roadmap of where the practice is going. Grounded in Buddhist teachings, this guidance will help you strengthen your practice. Whether your motivation is to limit your stress or realize enlightenment all people can benefit from this clear guide to meditation. 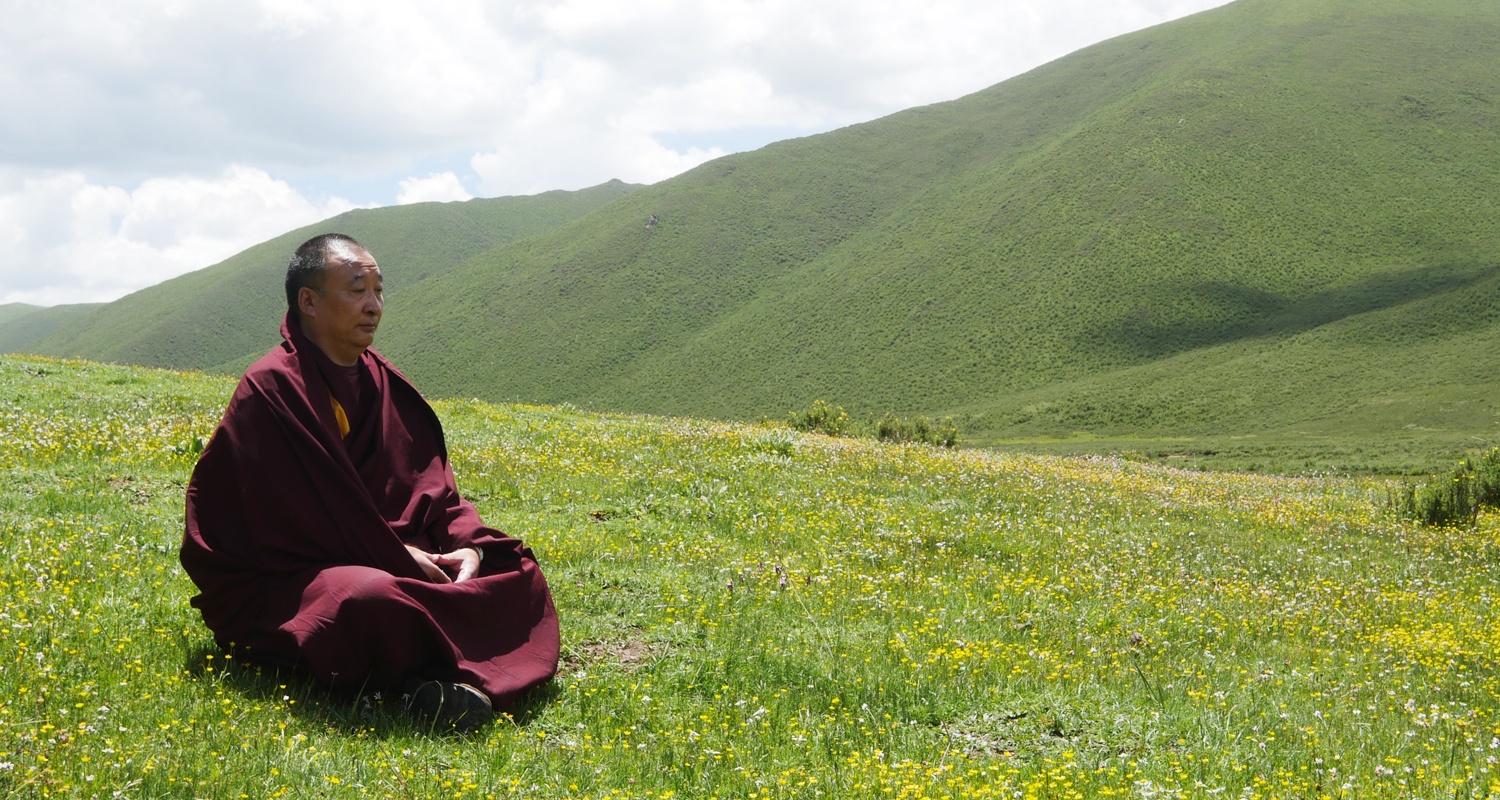 Watch Intro Video
Khentrul Rinpoché Jamphel Lodrö is the founder and spiritual director of Dzokden. Rinpoche is the author of Unveiling Your Sacred Truth, The Great Middle Way: Clarifying the Jonang View of Other-Emptiness, A Happier Life, and The Hidden Treasure of the Profound Path. Rinpoche spent the first 20 years of his life herding yak and chanting mantras on the plateaus of Tibet. Inspired by the bodhisattvas, he left his family to study in a variety of monasteries under the guidance of over twenty-five masters in all the Tibetan Buddhist traditions. Due to his non-sectarian approach, he earned himself the title of Rimé (unbiased) Master and was identified as the reincarnation of the famous Kalachakra Master Ngawang Chözin Gyatso. While at the core of his teachings is the recognition that there is great value in the diversity of all spiritual traditions found in this world; he focuses on the Jonang-Shambhala tradition. Kalachakra (wheel of time) teachings contain profound methods to harmonize our external environment with the inner world of body and mind, ultimately bringing about the golden age of peace and harmony (dzokden).
Dr Adrian Hekel is a western medical practitioner in Coffs Harbour, New South Wales Australia, who specializes in psychological medicine and trauma therapy. He has also been a keen student of Tibetan Buddhism for almost 20 years, having first met his root teacher Khentrul Rinpoche in 2003. Adrian initially studied science and education at the University of Queensland, which included two years immersed in neuroscience research. He later completed his medical studies at Flinders University in 2005, settling as a GP in Coffs Harbour in 2012 after several years of hospital work. After six years working in an integrative medical clinic which also incorporated nutritional medicine and acupuncture, he became passionate about addressing the hidden epidemic of emotional trauma and social disconnection which so often lies at the root of chronic ill health. This prompted him to pursue further training in psychological therapies such as hypnosis, eye movement trauma therapy (EMDR), Internal Family Systems (IFS) and cognitive therapy (CBT). He aims to inspire other health professionals, especially GPs, to embrace trauma-informed care and learn how recovery is possible for even the most difficult patients. ​ ​Ever since his early 20’s, Adrian was also drawn to richly explore the inner landscape through the lens of different spiritual traditions, especially Tibetan Buddhism. He lived with Khentrul Rinpoche for three years, helping write several books including A Happier Life, which integrates principles of Buddhism and modern psychology. He has also had experience with Theravada, Zen, Shaivism and contemplative Christianity. Although his core spiritual practice aligns with traditional Buddhism – especially the Kalachakra path - he is passionate about bridging spirituality and psychology. In this regard his mentors include Dr Pee Tek Chan, Dr Graham Williams and Kelly Blaser. Adrian is now inspired to make the precious Kalachakra path truly accessible to a wide audience, and is commencing a group Awareness Coaching Program which brings together his experience in trauma and psychology with his love of meditation and spirituality.   He now lives with his partner and son in the beautiful Boambee Valley near Coffs Harbour, passionate about walking a path of service and awakening amidst daily life.